Why Would the Insurance Company Deny Your Accident Claim in Albany, Georgia?

No matter what kind of motor vehicle accident you’re in, chances are, you’ll need to file an insurance claim. Most insurance claims are approved. If this is the case, you’ll have nothing to worry about. You’ll receive your check within a couple of weeks. However, if the insurance company decides to deny your accident claim, it’s an entirely different story.

There are all sorts of reasons why the insurance company may deny your accident claim. It really comes down to money. If they think it’ll be cheaper to settle your claim down the road, they may be willing to take their chances in court. Or, they may truly think that you were the one at fault. Insurance companies aren’t in the habit of paying out claims. If they paid them all, they’d go out of business in no time.

Generally speaking, most accident claims are legitimate. However, there are a few bad apples that ruin the bunch. For example, people who file fraudulent claims make insurance adjusters suspicious of every claim they see. They start to question claims that otherwise seem totally legitimate. This is why it’s good to have a car crash attorney in Albany, Georgia. They can negotiate with the insurance adjuster early on so that a car accident lawsuit isn’t necessary in the first place.

Reasons Why the Car Insurance Company May Deny Your Accident Claim

There are a variety of reasons why a car insurance company would deny your accident claim. Most of it comes down to money. If the claim is small, they’ll probably pay it. It would cost more for them to fight your claim that the claim is worth. But it may also come down to other things.

Some of the most common reasons an insurance company would deny your claim include:

Your Albany Car Accident Lawyer Can Appeal Your Claim

If your claim is denied, your Albany car accident lawyer can appeal your claim. They’ll talk to the insurance adjuster and find out why your claim was denied. They’ll also try to settle your case so you don’t have to worry about filing a lawsuit. This is in the best interests of everyone involved.

Contact a Skilled Accident Attorney in Albany, Georgia and Schedule Your Free Consultation

If you get into a car crash, you should be able to count on your insurance company to protect you. When this doesn’t happen, you really should call an experienced car accident injury law firm. They have spent years cultivating relationships with the insurance adjusters. They know what certain insurance companies tend to do in these types of situations. They can also prove your case if they’re unable to do negotiate payment of your claim.

The last thing you’ll be prepared to do if you’re hurt in a car wreck in Albany, Georgia is fight with the insurance company. You need to focus on your medical treatment and physical therapy. Let your attorney handle this for you. They can also handle the lawsuit if it comes to that.

Call our office today and schedule your initial consultation. It’s absolutely free and you won’t pay anything until your case is resolved. Your Albany car accident lawyer can review your case and let you know if you have a valid claim. They can also give you an idea of what your case is worth.

PrevPreviousHow Can Your Accident Attorney in Macon, Georgia Prove Negligence in Your Case?
NextHow Do You Document Your Premises Liability Accident in Atlanta?Next

Car Accident
Can a Pedestrian Be Liable for a Traffic Accident?

A traffic accident involving a vehicle and a pedestrian is not uncommon in Georgia. Usually, this type of accident is referred to as an auto-pedestrian 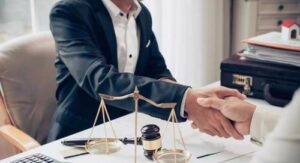 Have you ever heard the term “estoppel?” What does it mean? Many incidents can lead to your filing a personal injury lawsuit. For example, you 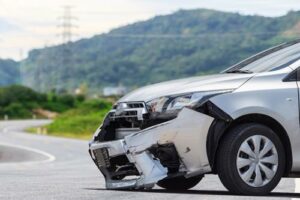 Car Accident
What Should I Do if the Car that Hit Me Fled the Scene in Atlanta?

It’s bad enough that you’ve gotten into a car accident. The last thing you want to see if the car that hit you take off

A two-vehicle collision on the I-85 exit ramp in Fulton County left several people injured. The accident happened on the exit ramp’s southbound lanes leading 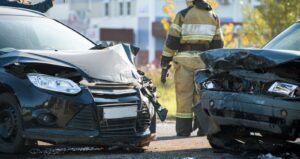 Read More »
October 23, 2020
What are the Signs and Symptoms of a Traumatic Brain Injury?
Can You Quit Your Job While Collecting Workers’ Comp in Albany, Georgia?
What are the Statutes of Limitations in Atlanta, Georgia?