What Does Estoppel Mean in a Personal Injury Case?

Have you ever heard the term “estoppel?” What does it mean? Many incidents can lead to your filing a personal injury lawsuit. For example, you may have suffered injuries in an auto crash due to another driver’s negligence. It’s also possible that you slipped and fell at a grocery store or sustained injuries from a defective product. In all cases, a personal injury claim arises from someone’s reckless act that causes another wound.

Most times, personal injury lawsuits are the last course of action after an unsuccessful claims process. Regardless, like all civil lawsuits, personal injury cases have certain stipulated principles that guide proceedings. One of such principles is the doctrine of estoppel. Your personal injury attorney can advise you on what it means for you based on your case’s specifics.

Generally, however, estoppel helps to promote a truly just and fair legal system. It ensures that a party in a lawsuit isn’t adversely affected by the other party’s inconsistencies. We’d discuss that in detail in this article.

What Is the Meaning of Estoppel?

As stated earlier, the purpose of estoppel is to ensure that all litigants get a fair trial in a lawsuit. To achieve that, estoppel mandates that all parties are consistent in their claims on an issue. Therefore, it exists to prevent litigants from contradicting their previous statements or denying prior agreements before the court.

In other words, estoppel stops litigants from contradicting earlier statements. It also prevents them from saying something inconsistent with what the court has already proven. Finally, it helps prevent backs and forths in the legal process caused by repeatedly ruling on the same issue.

For example, imagine that you’re the plaintiff in a defective drug lawsuit. In a previous case, the defendant admitted that their drug is, in fact, harmful. Upon such admission, the court will not allow them to deny that such a drug is defective in your case. That means the law wouldn’t allow them to be inconsistent in their facts and claims.

What Are the Types of Estoppel in a Lawsuit?

Estoppel by deed is usually applicable in real property transfers. It prevents litigants from arguing a position that’s different from what they stated in a deed.

Collateral estoppel helps to put an end to litigation. It stops a litigant from raising an issue that the court has already decided on. It means that once a judge has decided on an issue of law or fact, it becomes final. It will not be re-visited.

Equitable estoppel is the type of estoppel commonly used in personal injury cases. It ensures that one party doesn’t have an unfair advantage over another party in a lawsuit. In addition, equitable estoppel ensures justice by preventing parties from relying on their inconsistencies.

However, it’s either the driver was drunk or wasn’t. Your attorney can involve equitable estoppel, in this case, to ensure that the driver sticks to one narrative.

A personal injury lawsuit will not always end with an amicable settlement between you and the insurance company. Sometimes, you may have to file a lawsuit to ensure justice in your case. You may need to rely on equitable estoppel to ensure that you get fair compensation in such suits.

Our personal injury attorneys at Calvin Smith Law are always ready to ensure your success at such personal injury lawsuits. We are experts in our field and would leverage every applicable law principle to ensure you succeed in court. Contact us immediately for quality legal assessment and consultation. We’d ensure that you get all the compensation that you deserve.

PrevPreviousWhat Is the Doctrine of Mitigation Under Georgia’s Personal Injury Law?
NextWho Is Liable for an Out-of-Service Truck Wreck?Next 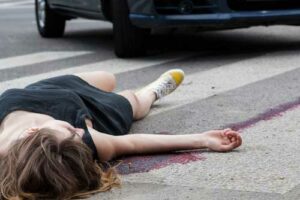 A traffic accident in Bibb County involving a tractor-trailer and a pedestrian ended fatally. According to the Bibb County Sheriff’s Office, the accident occurred on

Losing a loved one is hard enough when they pass away from natural causes or an illness. It seems impossible to fathom that someone you

Anyone who causes the death of another through recklessness, carelessness or negligence should be held accountable. Indeed, the law makes provision for this. However, if

This past weekend, police responded to a tragic single-car accident in Mountain City. It was about 8:49 pm when the police got the call that 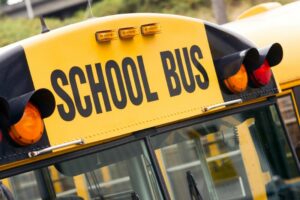 Read More »
February 13, 2021
How Does Comparative Fault Impact Your Georgia Slip and Fall Case?
What is Georgia’s Dog Bite Statute?
What Do You Do if the Defendant’s Insurance Policy Doesn’t Cover All of Your Damages?