A 79-year-old woman from Atlanta died on Sunday afternoon after an accident involving a stolen pickup truck.

The crash happened at the intersection of Chamblee Tucker Road and Buford Highway.

Georgia State Patrol spokeswoman Lt. Stephanie Stallings identified the victim as Judith Schonbak and the driver as 20-year-old Jonathan A. Sanchez of Tucker.

Investigators revealed that Sanchez stole a Ford-150 from the parking lot of a business on Buford Highway around 3 p.m. A boy was inside the vehicle and the engine had been left running while the driver went inside the business.

Stallings said when Sanchez tried to leave with the pickup truck, he hit two parked cars. At some point, he took the boy from the vehicle and drove off. The child, whose age was not released, was unhurt.

The authorities said Sanchez drove north on the highway and ran a red light at the intersection of Chamblee Tucker Road and Buford Highway.

Stallings said the F-150 rear-ended Schonbak’s 2010 Honda Civic, which had the right-of-way. The impact of the crash led to a series of collision involving four other vehicles.

Schonback died but no other major injuries were reported.

Meanwhile, Sanchez fled the scene but was he was located an hour later and arrested.

Stallings said investigators also plan to charge the driver with kidnapping, cruelty to children, and theft by taking.

If you lost a loved one in a car crash, a Georgia car accident lawyer can help you to get compensation. You may be entitled to a range of damages.

Car Accident
Can a Pedestrian Be Liable for a Traffic Accident?

A traffic accident involving a vehicle and a pedestrian is not uncommon in Georgia. Usually, this type of accident is referred to as an auto-pedestrian 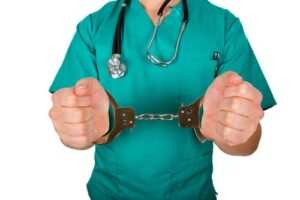 When you go to a doctor for medical care, you expect to get better. But when the opposite is the case, you might get worried 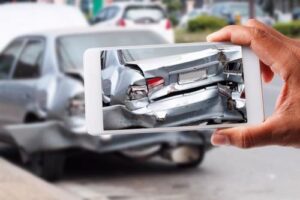 Car Accident
What Does Preponderance of Evidence Mean?

Have you ever wondered how judges and juries make their final decisions? Every civil and criminal case is won or lost because of each party’s

A 17-year-old boy was killed on Ga. 400 early on Tuesday morning while his three passengers suffered injuries. He has been identified as 17-year-old Doraville

A young man from Rincon, Georgia lost his life this week in a fatal crash in Effingham County. Police responded to the single-car crash on

Read More »
May 23, 2020
What are the Statutes of Limitations in Atlanta, Georgia?
What Do You Do if the Defendant’s Insurance Policy Doesn’t Cover All of Your Damages?
Can You Sue a Casino for Losses Suffered While Gambling?