Can I Still Get Compensated in a Hit and Run Motorcycle Accident?

As unfortunate as it may seem, hit and run accidents are on the rise. With the heavy Atlanta traffic, it’s not uncommon to find these cases occur more often than before. A lot of things distract modern-day drivers, and the chances of accidents occurring have now spiked.

As terrible as being involved in an accident is, it’s even worse when the driver, or in this case, rider of the motorcycle, flees the scene of the accident. Not only did they leave you at risk of your life, but they also have absconded from owning up to the damages they have wrecked on your vehicle.

If you decide to take legal action against the individual, what are your chances of getting compensated for the damages now that they are faceless or unidentifiable? This article will shed more light on how to handle a hit and run motorcycle accident with professional legal aid.

What Are the Penalties for Hit and Run Accidents?

The penalties for hitting another vehicle in Atlanta, Georgia, have become a bit more severe than they used to be. A hit and run driver could be looking at up to 10 years in prison for that act of negligence. These are a few of the penalties the hit and run motorcyclist faces if you file a lawsuit:

What Should You Do After a Hit and Run Motorcycle Accident?

The next steps you take after a hit and run accident determine how lucky you could get if you decide to file a lawsuit. The wrong actions can cost you any possible compensation you could get. Here is what to do if you have been involved in a hit and run motorbike accident.

Never try to chase after or detain a hit and runner by yourself. You are legally expected to remain at the scene of the accident and lodge an accident report with law enforcement immediately.

There are various incidents where chasing after the other driver resulted in worse issues. It’s dangerous, and you may also lose the opportunity of having the more competent officers track down and catch the offender.

The key to getting duly compensated in such an accident case is to have enough information on everything that happened during the accident. Sure, your head might still be spinning at the thought of the incident. However, having an idea of essential information such as the type of motorcycle the rider was on or his license plate number can give you the upper hand and up your chances of tracking them down.

Take as many pictures or videos as you can of the runaway offender. If you have injuries, taking pictures and documenting it is also necessary. You should also try to ask witnesses of the accident to stick around to testify to the police.

The complexities of hit and run cases are often beyond your ability to handle them effectively. After you have contacted your insurance company, hire a professional, experienced hit and run attorney in Atlanta, Georgia, without wasting any time. They will advise you on the legal action to proceed with, negotiate on your behalf with the insurance company, and represent you if you take the issue to court.

You must get yourself to a hospital for a proper checkup and documentation of any injuries you may have sustained. Your health is a priority, as well as the document containing your injuries from the accident. It is quite useful to increase your chances of compensation.

Will You Still Get Compensated In Such a Case? An Atlanta Attorney Could Help

There are many turns a hit and run motorcycle accident could take, including never finding the rider. In this case, your own auto insurance will cover the cost of damages based on your PIP coverage.

Alternatively, you might find the rider, in which case you can make a claim against their liability insurance. With the help of a hit and run Atlanta attorney, you would be able to agree on a settlement that would cover your medical bills and vehicle damages.

They’re your best bet to show you the way forward in such a situation. Get a free consultation here. 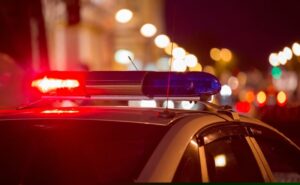 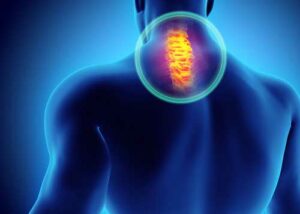 Whether a person injures their spine in a fall, a dive, a car accident, or as a result of an assault or medical malpractice, a

Car Accident
What Should You Do if You Are Not At Fault in A Car Accident?

Accidents can happen at any time and may result in severe damages even if you are not at fault. If you are involved in a 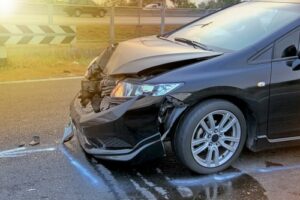 On Thursday afternoon, a group of young girls had gone hiking in the Foothills in Georgia. Two of the girls left together in the girl’s

Three people lost their lives in a four-vehicle collision in Bulloch County on Sunday, March 14th. According to the Georgia State Patrol, a tractor-trailer towing

Blanco Brown, the singer known for the viral country-rap song “The Git Up,” is on the way to a full recovery. The 35-year-old was involved

Read More »
September 23, 2020
What if I’m Hurt in a Hit and Run Accident in Atlanta, Georgia?
How Can Your Accident Attorney in Macon, Georgia Prove Negligence in Your Case?
Do You Have to Wear a Helmet if You Drive a Motorcycle in Georgia?