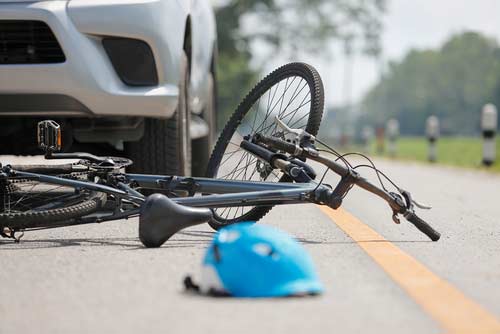 Whether you’ve noticed it or not, more people ride their bikes today than ever before. Some people ride their bike to work or school. Others ride their bike for exercise and pleasure. With so many people being environmentally conscious today, it’s no surprise that this is the case. With carbon emissions being what they are, a lot of people want to reduce their carbon footprint. Not surprisingly, with more cyclists on the road, our Albany bicycle accident lawyers are busier than they’ve ever been before.

The causes of bicycle accidents are just as varied as the types of bicycles themselves. Over the years, our attorneys have seen more than their fair share of bicycle accidents in Georgia. What we do is try to help the accident victims get back on their feet and pursue damages against the person who caused their injuries. This doesn’t mean that there’s always another person responsible for a bicycle crash. About half the time, it’s the bicycle riders themselves who could have prevented their injuries. However, for the times when there is another person responsible for your bicycle accident, we’re here for you.

Our firm offers all new clients a free, initial consultation. You can sit down with one of our Albany bicycle accident lawyers and let them review your case. If they feel your claim has merit, they will more than likely be willing to represent you. If, however, they feel that your claim doesn’t have value, they will be upfront and honest with you. The last thing any of our attorneys want to do is waste your time or theirs.

It may sound comical at first, but a lot of bicycle riders collide with inanimate objects. It’s one thing if a cyclist is very familiar with the route that they’re riding. But if a bicycle rider is in a new town or a new city, they may not know what landmarks to look out for. For example, if somebody’s working as a bike messenger or just out for a pleasure ride, there’s a possibility that they could hit a mailbox or other fixture on the street corner.

There are also times that bicycle accidents in Georgia involve somebody riding their bike into a parked car. As funny as this may sound to you now, it’s not funny when you’re on the receiving end of the injuries. Obviously, in cases like this, the cyclist does not have a valid claim against another party. Unless they can show that their bike was defective, they may have to just lick their wounds and go home.

The Bicycle They are Riding May be Defective

As stated above, there is a chance that you’re riding a bicycle that was defective. There are two major types of defects when it comes to a bicycle. The first is a manufacturing defect. This is when a bicycle, as designed, is perfectly safe. However, the people who manufactured the bike either installed parts incorrectly or failed to install them at all.

The second type of defect would be a design defect. This is when a bike will be dangerous no matter how perfectly it was manufactured. For example, if the design for a bicycle involved handbrakes only, it may not be safe for a child to ride. What your Albany bicycle accident lawyer will do is examine the bike itself and look to see if there’s a record of other accidents online. If they believe that you have a potential product liability claim against the manufacturer, they will help you pursue damages against them.

A Car or SUV May Have Hit the Rider

One of the most common causes of bicycle accidents in Georgia is somebody driving a car or SUV. In any major city, you’re going to have bicyclists sharing the road with automobile drivers. Sometimes there’s a bike lane and sometimes they’re not. Even if you are riding in the bicycle lane, that doesn’t mean you’re immune to being hit by somebody driving their vehicle.

When our Albany bicycle accident lawyers file suit against the driver that hit our client, they usually say that they didn’t see the bicycle coming. They’ll argue that the cyclist was riding in and out of lanes and that they didn’t see them until the last minute. Often they claim that our client drove their bike right out into busy traffic. It would be one thing if our client was a child. But when we’re dealing with an adult victim, it’s hard to imagine that they rode their bicycle out into the flow of traffic. Of course, our Albany bicycle accident lawyer still has to prove that the driver was negligent. If they are able to do this, then you will very likely receive compensation for your injuries

A lot of our bicycle accident victims were injured when they hit a pothole on a poorly maintained road. It doesn’t matter where you live in this country, you’re going to have to deal with poorly maintained roads. There are some streets that are difficult to navigate on foot let alone on a bicycle. If you happen to get injured because you were involved in an accident on one of these roads, you may have a claim against the city. Understand that it is very difficult for your Albany bicycle accident lawyer to get damages against a municipality or city. Typically, the law is on their side when it comes to matters such as this.

If you were injured in a bicycle accident in Georgia, there’s a chance you may be entitled to damages. It really depends on the facts surrounding your case. Your best bet is to call one of our Albany bicycle accident lawyers and explain what happened. We offer new clients a free, initial consultation. This gives you a chance to have a seasoned attorney review your case and give you an idea of whether it has merit.

Car Accident
What Kind of Doctor Should You See After a Car Accident in Georgia?

The best type of doctor a car accident victim should see is one question on many Georgians’ lips. The doctor that treats you determines both

Dog Bite
What Should I Do If I Get Bitten by a Dog in Macon, GA?

When you leave your home and walk through your neighborhood or go to the park, you don’t expect to get attacked by a dog. Dog 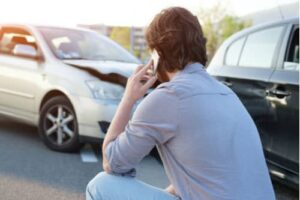 No driver wants to get involved in a car accident and hiring a Macon automobile accident attorney may be the last thing on your mind.

As the police continue their search for the driver that killed 28-year-old Raley Morris, his family paid tribute to the Interstate 20 hit-and-run victim. On 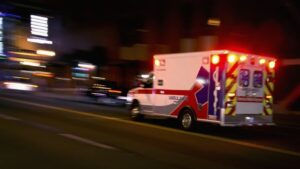 The 67-year-old Athens man who was injured in a traffic accident on Timothy and Epps Bridge Roads in August passed away. The Athens-Clarke County Police 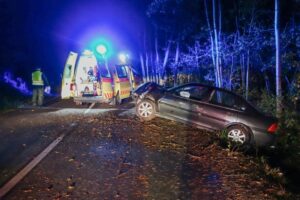 Read More »
March 9, 2021
How Does Comparative Fault Impact Your Georgia Slip and Fall Case?
What are the Statutes of Limitations in Atlanta, Georgia?
Do You Have to Wear a Helmet if You Drive a Motorcycle in Georgia?