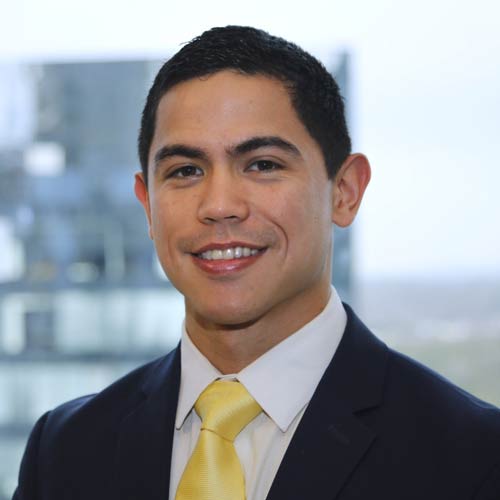 Jeremy Pineres was born in Miami, Florida. He attended the University of Central Florida for his undergraduate degree, and graduated within the top 1% of his class with degrees in Legal Studies and Business Administration. He then attended the Emory University School of Law, where he received his Juris Doctor. Before joining the Law Offices of W. Calvin Smith II, P.C., Jeremy worked alongside in-house counsel at DHL Express, a division of one of the world’s largest international logistics companies. Prior to this, he interned with Judge Lawrence D. King of the Eleventh Judicial Circuit of Florida.

As of 2020, Jeremy has also been recognized by the National Trial Lawyers as a “Top 40 under 40” Civil Plaintiff’s Attorney in Georgia. Selection is invitation-based only, and invitation is based upon nominations, third-party research, and public stature as a top trial attorney.

In his free time, Jeremy enjoys going to the gym, hiking through national parks, visiting his family in Miami, and taking his dogs Amelia, Alana, and Adi to the Piedmont Dog Park. Jeremy believes in giving back to his community, and donates regularly to various no-kill animal shelters/rescue organizations throughout Georgia including Cedartown Animal Rescue (CARES), Angels Among Us Pet Rescue, and Furkids Animal Rescue & Shelters. Jeremy is also a current foster parent for the Great Pyrenees Rescue of Atlanta.