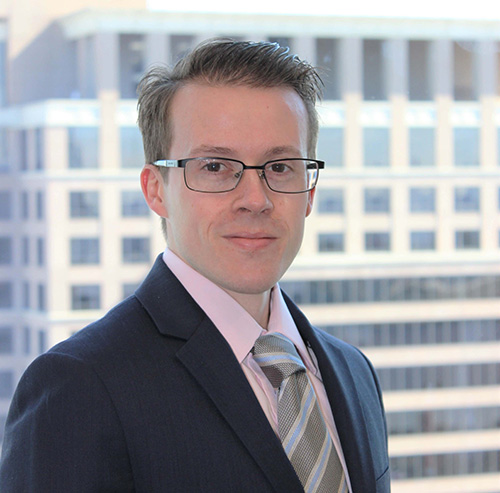 James was born in Coventry, Rhode Island. He attended Millsaps College in Jackson, Mississippi where he earned his Bachelor of Arts in Communication. While at Millsaps, James held various executive positions in his fraternity, Pi Kappa Alpha, and participated in both theatre and Mock Trial competitions, where he won several awards. He and his Mock Trial team competed at the National Closing Rounds.

James then attended the University of Mississippi School of Law, where he graduated with honors while holding several positions in the Mississippi Law Journal. He also participated in the most trials of any member of the Trial Advocacy Board at the time.

James has worked for W. Calvin Smith, II, P.C. ever since the beginning of his legal career. He has a passion for trial work and getting his clients every cent they deserve. When not working, James enjoys watching movies, relaxing with friends, and exploring his new home in Atlanta.