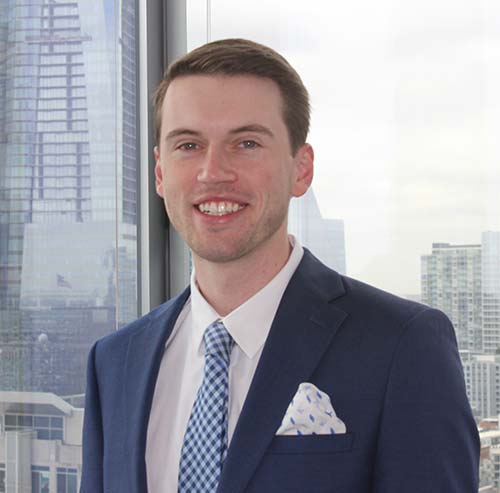 Emory Rogers was born in south Florida but traveled a few states north to attend college at Furman University. While at Furman University, Emory served in the student government as class president for three years; and graduated with a double major in Politics & International Affairs and Urban Studies.

After graduation, Emory continued his education by attending the University of South Carolina School of Law. During his time in law school, Emory expanded his studies by working at the South Carolina Department of Employment and Workforce, the Berkeley County Solicitor’s Office, and the Law School’s Nonprofit Clinic.

Emory now lives with his wife and proudly calls Atlanta home. In his free time, you can find Emory running on the Beltline, or in his kitchen trying new recipes.